Attorney Your Case Becomes My Mission & Every Mission Is Possible 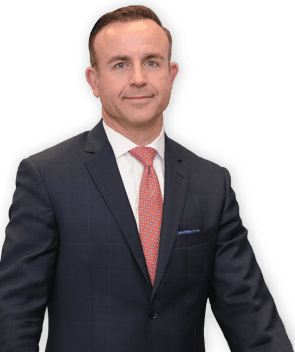 As an undergraduate at Franklin & Marshall College in Lancaster, Pennsylvania, Mr. Porreca studied geology and played on the college rugby team. He is also a member of the Kappa Sigma fraternity. After earning his Bachelor's Degree, Mr. Porreca attended the Paralegal Studies Program at Fairleigh Dickinson University in Madison, New Jersey. After working as a paralegal for two years, Mr. Porreca decided to pursue a J.D. and attended the Widener University School of Law in Harrisburg, Pennsylvania.

During his first year of law school, Mr. Porreca was accepted into the school's Law Review, The Widener Journal of Public Law, demonstrating his dedication to excellence as a law student. During his third year of law school, he was chosen to be on the journal's Editorial Board. Likewise, during his tenure, two of his articles were published.

After graduating from law school in 1998, Mr. Porreca went on to pass both the New York and New Jersey Bar exams and was able to waive into the bar of the District of Columbia.

Next, he worked for Hoberman, Resh, DiPiazza & Driscoll. Instead of helping institutional clients, he learned to give legal assistance to the "man on the street" – representing individuals instead of institutions. Here, Mr. Porreca practiced municipal court and criminal defense, plaintiffs' personal injury cases and matrimonial litigation.

In 2003, Mr. Porreca opened his own practice and continues to help clients with criminal, municipal court and DWI matters, juvenile criminal matters, along with personal injury, bullying, landlord/tenant and general litigation.

Recent cases include several DWI matters where he was able to obtain dismissals or significant downgrades for his clients; felony-level offenses which were downgraded to misdemeanors and sent back to municipal court; and favorable plea offers in serious criminal cases. Mr. Porreca has settled multiple six-figure personal injury cases and works with several other firms on complex matters.